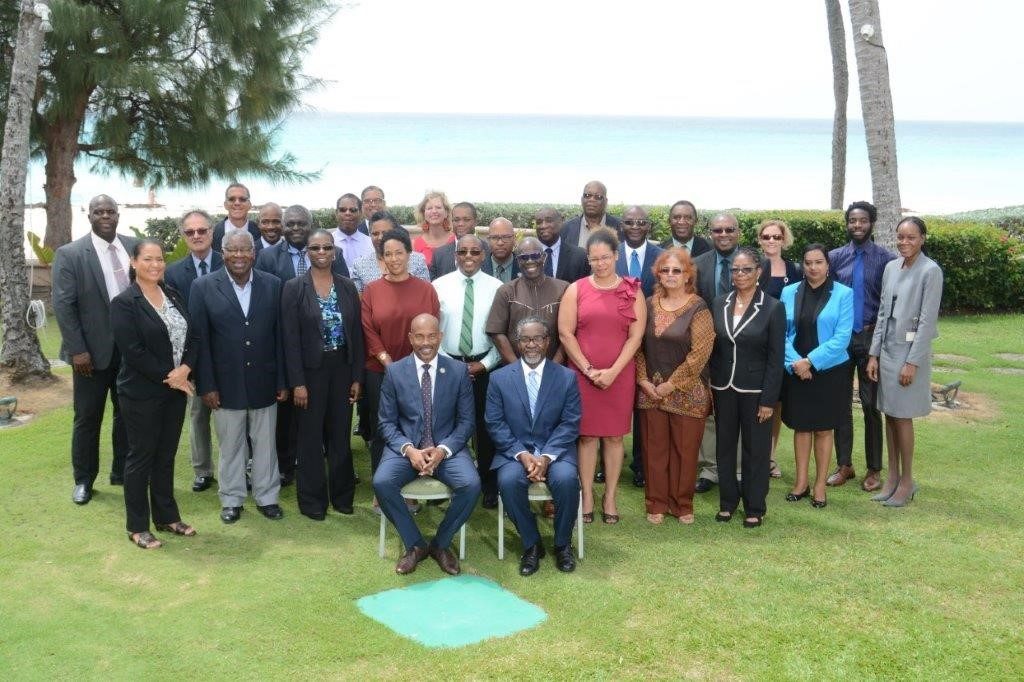 The CARICOM Development Fund (CDF) held its 6th Annual Meeting of Contributors and Development Partners at the ACCRA Beach Hotel and Spa, Christ Church, Barbados on September 26, 2017 under the theme ‘The Second Cycle … Towards an Inclusive Community’.  This theme provided a fitting orientation to addressing many of the challenges facing the region in this difficult period, and to fashioning the responses, which the CDF itself must prepare to deliver as a CARICOM institution of critical importance to regional integration.

The Prime Minister of Grenada, Dr. the Rt. Hon. Keith Mitchell in his feature remarks said “Now more than ever, we in CARICOM are seeing the imperative of regional integration, and the virtues of solidarity and collective action.  In the past weeks, we have witnessed the countries in the Region, whether we were affected by the ravages of Hurricanes Irma and Maria or not, rallying together and collectively confronting as one family of nations, the severe adversity that has befallen our brothers and sisters in the affected Caribbean.” He further stressed the absolute and fundamental necessity for our small islands to build resilience to weather-related shocks. The international community must now take cognizance of the unique situation of the Caribbean islands and fashion development support accordingly.

The Hon. Prime Minister again made the case against the classification of the Caribbean Islands as middle income countries which disqualifies them from accessing concessional financing for development purposes. He noted that “positive movements (in GDP) does not necessarily equate to progress“, if in the space of less than 24 hours, a country can be set back 20 years or more by the passage of a monster hurricane.” He further stated that “we are not asking to be treated specially or differentially, but only to be treated appropriately.”

In his address, the Chairman of CDF, Dr. Sherwyn Williams alluded to the positive impact of the CDF on the development agenda of the Less Developed Countries of the CARICOM region. He noted that “though we are small compared to other regional and international Agencies, our advantage is in being nimble and in touch with the ground level.”  Regarding the operations of the Fund, he indicated that he will be paying close attention to the organisational and governance arrangements to ensure that they are so configured and adjusted where necessary to allow for the flexibility and swiftness of response that the CDF’s mandate and mission require.

In addressing the new thematic area of “human capital” the Chairman indicated that “with a renewed focus on the potential of the Caribbean Sea – a thriving Blue Economy valued at US$400B, there would be a need for investments in human capital development for the changing workforce needed to develop and sustain this sector.”

Chief Executive Officer of the CDF, Mr. Rodinald Soomer, in his presentation of the 2016 Annual Report, focused on the operations of the Fund over the past year. He indicated that Guyana was the only country to benefit from a Country Assistance Programme (CAP) thus far under the second funding cycle and urged all member countries to complete their contributions to the replenishment of the Fund, to allow for the preparation and implementation of CAPs for all eligible member countries.

Mr. Soomer further stated that work is ongoing on a Cohesion Policy for the CARICOM region that will provide evidence based information to support targeted interventions in Member States to alleviate disparities manifested in disadvantaged regions and sectors.

The meeting considered of the challenges facing Member States in meeting their obligations in a timely manner and what possible actions can be taken to address this matter. Additionally, regional partner agencies expressed indications of a willingness to partner with the CDF to support work in identified thematic areas of common interest during the remainder of the CDF’s second cycle.