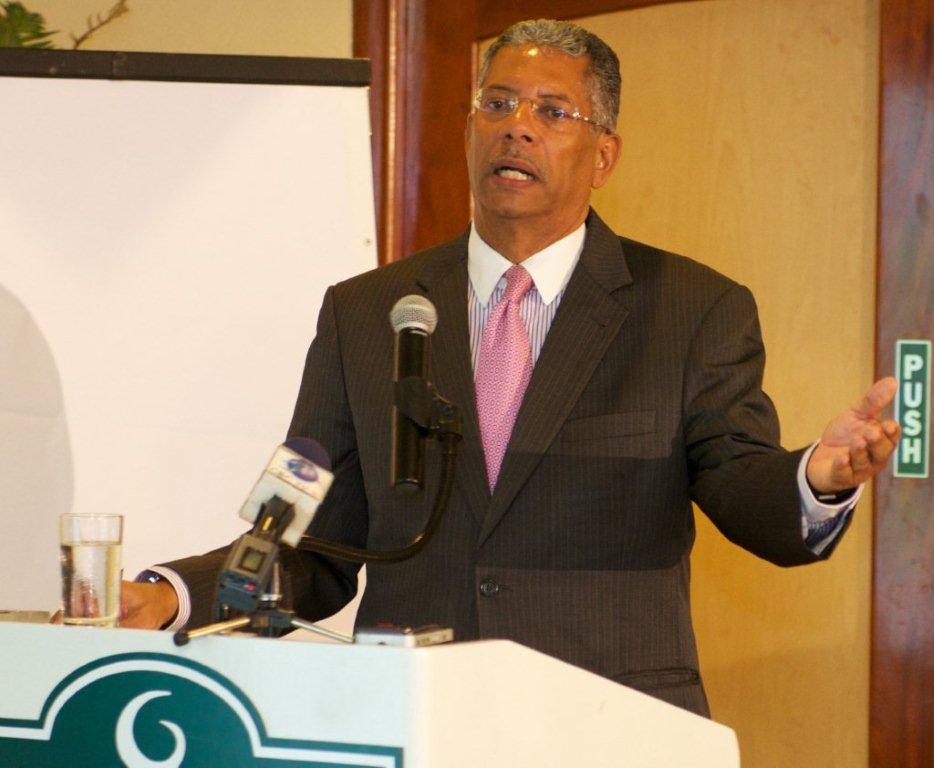 THE CARICOM Development Fund (CDF) announced today that after more than six years with the organisation, CEO Ambassador Lorne McDonnough indicated to the Board that for personal reasons he did not wish to renew his contract past the end of the CDF’s First Funding Cycle on June 30, 2015.

McDonnough, who has headed the Barbados based CDF since November 2008, referred to his tenure as a distinct “honour and privilege”, while addressing the recent Twenty-sixth Inter-Sessional Meeting of the Conference of Heads of Government of the Caribbean Community (CARICOM).

In thanking the Secretary General for his commendation on behalf of CARICOM Heads he said: “Few things in one’s career can measure up to being given the opportunity to take an idea and make it an operational reality. In taking my leave, I take this opportunity to thank the Government of Jamaica for initially nominating me for consideration as the first CEO and all CARICOM Heads, Ministers of Finance & Foreign Affairs, the Secretaries General, the Board of Directors and all our stakeholders for their support over the years and yes also for the constructive criticism at times, which only strengthened our efforts and resolve.”

Reflecting on his time with the organisation, McDonnough recalled that Member States were particularly anxious to see the CDF up and running in as short a period as possible with the Board and Management equally as anxious to achieve the same end but having the operational responsibility to ensure it was established on a basis that could withstand scrutiny and begin to build a durable organisational structure for the long term.

He noted: “Six years and three months later, as the CDF comes to the end of the first funding cycle, there is an emerging consensus that the institution has played an important role and must be sustained. Today, the CDF has Country Assistance Programmes (CAPs) in eight beneficiary Member States with total development assistance commitments of EC$126.9 million or US$47.0 million.”

“Of course this is just a start. The CDF must have ambitions to provide support to the CARICOM integration project way beyond this modest figure. These continue to be difficult times for the region but the work must continue and goals set must be achieved,” the outgoing CEO stated, as he wished the Heads of Government all the very best as they collectively work towards that end.

As CEO, the Jamaican-born Ambassador McDonnough has successfully steered the CDF through its startup operations, leading its development into a fully operational CARICOM treaty-based organization with a capital fund that now stands at approximately US $93.7 or EC$253.0 million dollars.

Prior to this appointment he served as Under Secretary for Trade in Jamaica’s Ministry of Foreign Affairs and Foreign Trade as Jamaica’s chief trade negotiator at the official level. He has also served as Jamaica’s envoy to Trinidad and Tobago, Barbados, the Eastern Caribbean States, non-resident Ambassador Suriname and Permanent Representative to the Association Caribbean States.

Preceding this he was appointed by President Gaviria, the then Secretary General of the Organisation of American States, as Executive Secretary of the Inter American Council for Economic and Social Affairs. In 2011 the Government of Jamaica awarded him the Order of Distinction (Commander Class) in recognition of his distinguished contribution to regional and hemispheric affairs.

Posted in Press Releases and tagged CAPS, Caricom, CDF
← Final Declaration issued by the Meeting of The Ministers of Foreign Affairs of the Republic of Cuba and of the Member States of the Caribbean Community (CARICOM)Guyana Rice Development Board Central Lab Accredited →