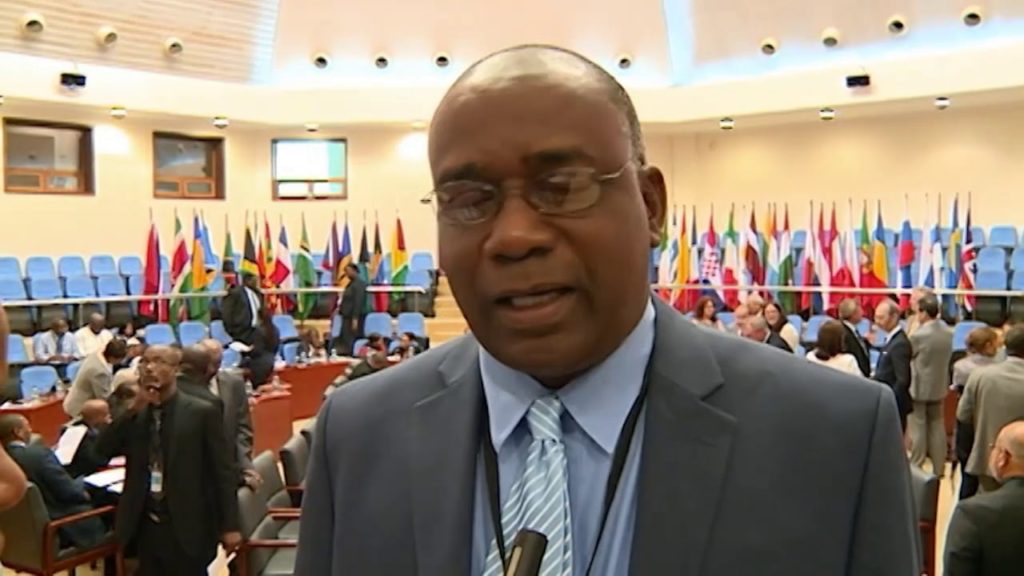 Speaking at the CDF’s Third Annual Meeting of Contributors and Development Partners held in Barbados recently, Minister Joseph stated that over its short four year life span the CDF has progressively responded to the request from its disadvantaged Member States to address the developmental challenges.

“The CDF was not envisaged as a short term project to last one cycle but as an institution to support disadvantaged countries, regions and sectors. In the case of the Less Developed Countries (LDCs) this institution is fundamental in providing financial support to make the transition into a Single Market and Economy.

“The current focus of the region is on developing a new growth strategy however, the needs of the disadvantaged must be placed high on the agenda and the CDF must be included in the Aid for Trade with a clearly defined role in executing its function in line with the Revised Treaty,” Joseph said.

He added that as the current funding cycle comes to an end there is the need to find creative ways to ensure that the CDF is properly resourced: “The mobilization of additional resources to augment Member States contribution, in order to place the CDF in a position to effectively carry out its functions and ensure its sustainability, is therefore a matter of utmost urgency.

“I am aware that the CDF has been finding it difficult to raise additional external resources from some development partners. The international perception of the countries in the Caribbean

Community is that of a group of middle income countries that enjoy a fairly high standard of living.

“I urge donors to look at our vulnerability and levels of poverty before making decisions that would impact negatively on the lives of our people. Development partners need to be more accommodating in their approach to the region,” he said.

“Up to 2012 US$35.48 million in loans and grants was approved and a total of US$9.05 million was disbursed and we had agreements signed with St. Kitts and Nevis and St. Vincent and the Grenadines; with Board approved CAPS for Dominica and Guyana and in accordance with the instructions of our Board, we have prepared documents for Grenada,” the Ambassador said.